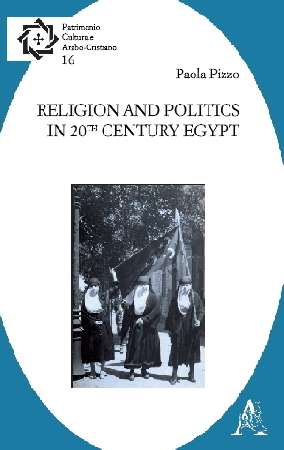 Buy on line on Editor's site

The volume traces Coptic-Muslim relations in the light of the Egyptian political events of the first three decades of 20th century, relying mainly on original documents from the British, Egyptian, French and Italian archives. It was a relationship that oscillated between moments of confrontation and collaboration in the framework of the Egyptian national movement and the anti-colonial struggle.
The book focuses on the period between the two world wars, a very lively historical moment for the two major religious communities in the country, where, on the one hand, nationalism was tinging itself with Islam, leading to the formation of the first modern Islamic political movement, the Muslim Brotherhood, while the Coptic community was experiencing a profound renewal, alternating between events of community activism and withdrawal.